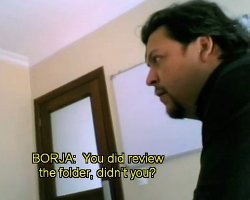 In late August 2009, Chevron released videos it claimed exposed a corruption scandal implicating the judge presiding over a trial at which the company stands accused of massive oil contamination in Ecuador. But the contrived corruption scandal has steadily unraveled with revelations about the secret videotaping of the judge, and the relationship between Chevron and the two men who made the videos – one a convicted felon and drug trafficker, the other a long-time Chevron employee directly involved with the company's legal defense.

In a series of stunning revelations from recorded conversations, longtime Chevron contractor Diego Borja threatened to reveal damaging evidence "cooked" by Chevron in the environmental trial in Ecuador unless he received enough money for turning over secret videotapes to high-ranking Chevron executives in June 2009.

At one point, Borja laughed and told his friend, "Crime does pay."

Borja's disclosures are found in a report released today by Grant Fine, a lawyer and investigator hired by the plaintiffs. The report covers more than six hours of audiotapes and 25 pages of online chats that were given to the plaintiffs by Santiago Escobar, a childhood friend of Borja who made the recordings. 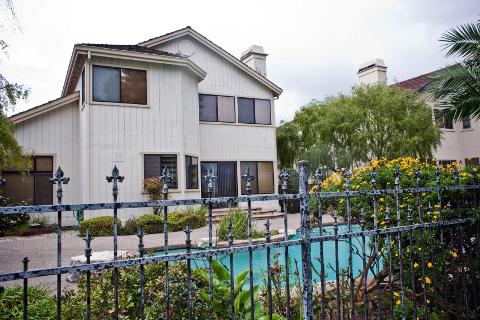 Chevron has kept its longtime contractor, Diego Borja, and his family hidden away at this $6,000-a-month house located just a few minutes from Chevron's corporate headquarters in San Ramon, California.

Washington, DC (April 6, 2010) – In a series of stunning revelations from recorded conversations, longtime Chevron contractor Diego Borja threatened to reveal damaging evidence "cooked" by Chevron in the environmental trial in Ecuador unless he received enough money for turning over secret videotapes to high-ranking Chevron executives in June 2009.

At one point, Borja laughed and said, "Crime does pay."

Borja's disclosures are found in a report released by Grant W. Fine, a lawyer and investigator hired by the plaintiffs. The report covers more than six hours of audiotapes and 25 pages of online chats that were given to the plaintiffs by Santiago Escobar, a childhood friend of Borja who made the recordings.

In the conversations, Borja said Chevron hired him to create four companies so his work for the oil company would appear "independent." He suggested that the companies were connected to a laboratory to test contamination samples. Borja said the laboratory was not independent, but rather "belonged" to Chevron.

The investigative report also revealed that Borja's wife, Sara Portilla, worked for Chevron for four years and represented Severn Trent Labs (STL), a US laboratory that Chevron described as an "independent" lab to test its contamination samples. Court documents obtained by Fine cite Borja and Portilla as representatives of STL. They both signed chain of custody documents with the Lago Agrio court that showed how the samples moved from the contamination site to the testing lab.

Borja – who Chevron always has cast as a good Samaritan – also said that Chevron is paying $6,000 a month in rent for his large home with a swimming pool that abuts a golf course in a gated community near Chevron's headquarters. Borja said that Chevron is paying him the U.S. equivalent of the salary he made in Ecuador, which was $10,000, and is also paying the costs for a lease on an SUV and for personal security.

On the audiotapes, Borja said he has enough evidence to ensure a victory by the Amazon communities if Chevron failed to pay him what he was promised. Before turning over the videotapes to Chevron, Borja said he made sure Chevron "completely understood" he wanted payment for them.

He also said he had incriminating evidence against the oil giant stored on his iPhone and in an undisclosed location in Ecuador that he could use as leverage if Chevron betrayed him. Specifically, Borja said he has a notarized document that contains a version of events that would help the plaintiffs and that Portilla, his wife, is aware of the information.

Representatives of the Amazon communities reacted with shock to the audiotapes. "They prove at a minimum that Diego Borja is a real con man," said Luis Yanza, President of the Amazon Defense Coalition, which represents the plaintiffs.

Yanza called on Chevron to investigate and disclose the information that Borja has stored on his iPhone and in Ecuador.

Yanza also called on authorities in Ecuador and the U.S. to examine the tapes and include them in their investigation of the videotaping scandal, which Chevron disclosed last August as a way to derail the trial. Chevron also cites the videotapes as evidence of corruption in its arbitration claim against the government of Ecuador, which Chevron filed in September, only four weeks after revealing the videotapes.

Escobar, who said he has known Borja since they were teenagers, said he decided to give the tapes to the plaintiffs because if "I keep quiet about immoral acts, then I become part of the immoral acts." He said, "Diego always bragged to us about what he was doing with the testing samples to help Chevron avoid prosecution. Everyone knew he was Chevron's dirty tricks guy. Over time, I became more disgusted with what Diego was doing. The videotapes and his interest in switching sides was the last straw for me."

Among other revelations, Borja said:

Fine, a lawyer and investigator based in San Francisco, California, conducted the investigation. Fine also conducted an earlier investigation into Wayne Hansen, the so-called American "businessman" who claimed to be in Ecuador to identify contract opportunities for remediation work and partnered with Borja to videotape meetings with Nunez and others, using a spy pen and spy watch. Fine discovered that Hansen had never worked in remediation before, currently has no means of visible financial support and was sentenced to 32 months in a federal prison for drug trafficking over 275,000 pounds of marijuana.