Two groups of Indigenous Ecuadorian villagers, backed by some star power from legendary British rocker Roger Waters, faced off briefly against oil giant Chevron in a Canadian court Tuesday as they fight to collect on a US$9.5-billion judgment awarded to them.

But as with almost every other step of the long-running legal battle, the case was delayed a day at the request of one of the groups to allow their new lawyer to get up to speed.

The first issue Ontario's top court needs to sort out is whether the villagers must come up with almost $1 million as a security deposit before they can appeal a ruling that went against them.

Pink Floyd co-founder Waters, who was in the courtroom, called the case deeply important.

"It's a fundamental question of whether corporations like Chevron ... should be allowed to use their financial muscle to destroy people with an absolute vital claim to reparations for damages that was caused to them over many years," Waters said before the hearing. "The way Chevron has behaved here is against everything that any of us might believe society ought to be like."

The case dates back decades when Texaco, now owned by Chevron, dumped billions of litres of toxic oil-drilling waters into hundreds of open-air pits in Ecuador. The affected area sees, among other problems, the highest rates of childhood leukemia in the country as well as far more cancer deaths and miscarriages than elsewhere. 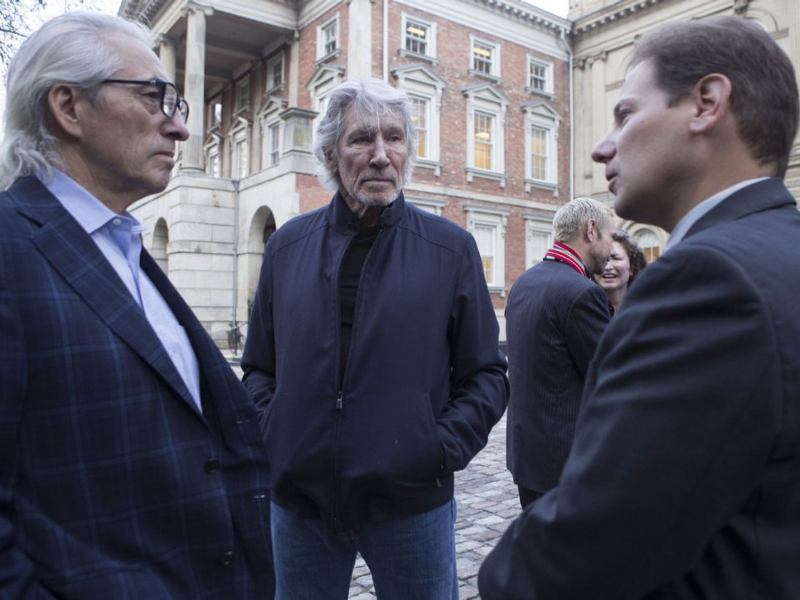 The lawsuit, filed in 1993 on behalf of 30,000 Ecuadorians, took until late 2013 when the courts in Ecuador awarded the Indigenous plaintiffs US$9.5-billion -- one of the largest awards ever to arise out of environmental destruction.

The ruling, which Chevron argued was obtained fraudulently, sparked a new round of fights in several countries including the United States over the money, which would be used to remediate the environmental damage and compensate those affected. U.S.-based Chevron, which has also long argued Texaco cleaned up the mess, denies any responsibility for the contamination.

Because the corporation no longer has assets in Ecuador, the plaintiffs have been trying to get asset-rich Chevron Canada to pay up instead, arguing the Canadian company should be liable for the award against its parent.

An Ontario judge, however, ruled the Ecuadorians could not "pierce the corporate veil:" Chevron Canada is a separate entity and cannot be held liable. It is that decision the plaintiffs are looking to the Ontario Court of Appeal to overturn, but Chevron wants the villagers to put up cash as security for its legal costs before the appeal is heard.

Last month, Appeal Court Justice Gloria Epstein sided with Chevron. She accepted the grounds for the Ecuadorians' appeal were weak and that the plaintiffs had failed to show they couldn't afford the security money. She ordered the villagers to put up $945,000 to cover Chevron's legal costs if the oil company wins on appeal.

The plaintiffs, who decried Chevron's gambit as an abuse of the legal system and another attempt to thwart the villagers, are now asking the Appeal Court to set aside Epstein's costs ruling.

The two sides were to argue the case Tuesday, but lawyer Peter Grant asked for an adjournment, saying he had only recently been asked to represent 10 of the 47 Ecuadorian plaintiffs and needed time. The costs hearing will now be heard Wednesday.

Also on hand to show support for the villagers was Phil Fontaine, former national chief of the Assembly of First Nations. Fontaine, who recently visited the South American country, said he was dismayed by what he found.

"We saw with our own eyes the terrible conditions," Fontaine said. "This is an important step in their attempt to seek justice."

Waters noted that Chevron had at one point said it would fight the litigation until hell froze over, and then fight on the ice.

"When they said that all those years ago, we all shuddered at the hideousness of the statement," Waters said. "Well, we're on the ice now."