On September 28, 2010, ERI submitted an amicus brief to the U.S. Court of Appeals for the Fourth Circuit, supporting the plaintiffs’ claims in L-3 Services, Inc., v. Al-Quraishi. Plaintiffs allege that a U.S. military contractor, L-3 Services (formerly Titan Corp.), and one of its employees tortured and otherwise abused Plaintiffs, who were detained in military prisons in Iraq. Previously, a federal district court in Maryland held that the plaintiffs’ claims could proceed, but L-3 appealed.

Before the 4th Circuit Court of Appeals, the Al-Quraishi case was heard together with Al Shimari v. CACI International Inc., a case that similarly involved tort claims against a U.S. military contractor (CACI) for torture and other abuses occurring in Iraqi prisons. That case also reached the 4th Circuit on appeal from a district court judgment in favor of the plaintiffs. A divided three-judge panel of the 4th Circuit granted the defendants’ appeal in both cases and dismissed the suits, for several reasons.

Plaintiffs in both cases asked the Fourth Circuit to rehear the case, and the court granted rehearing en banc, in which the earlier decision of the three-judge panel is vacated and the case is heard again before all fourteen active judges. The cases were consolidated for the rehearing argument, and on December 20, 2011, ERI submitted a second amicus brief before the en banc court addressing both cases.

ERI’s briefs address a key issue that is important for the future of transnational litigation as a vehicle for obtaining justice for victims of human rights abuses. The briefs argue that claims brought by the victims under state law should not be dismissed due to supposed interference with U.S. foreign policy. Most of the victims’ claims are ordinary tort claims – like assault and battery – and there is no barrier for a court to hear a case alleging such claims, whether the abuses occurred in the United States, or in Iraq. Ordinary tort claims typically do not implicate serious foreign policy concerns.

In Saleh v. Titan Corp., 580 F.3d 1 (D.C. Cir. 2009), the U.S. Court of Appeals for the District of Columbia Circuit dismissed similar claims against the same defendant, finding in part that ordinary state law tort claims would interfere with U.S. foreign policy prerogatives. L-3 and CACI’s argument in Al-Quraishi and Al Shimari was based on Saleh; ERI’s brief argued that the D.C. Circuit was mistaken and that the dissent in Saleh was correct in concluding that existing foreign affairs doctrines do not permit dismissal of the claims.

On May 11, 2012, the en banc panel, in an 11-3 decision, dismissed the defendants’ appeal for lack of appellate jurisdiction and remanded the case back to the district court.

On October 10, 2012, the district court approved the Al-Quraishi plaintiffs’ voluntary dismissal of the case after the parties in Al-Quraishi v. L-3 Services, Inc., reached a confidential settlement.

Meanwhile, the Al-Shimari case has returned to the district court in the Eastern District of Virginia and will be proceeding to discovery for plaintiffs’ state law claims; the Al-Shirmari plaintiffs have filed a motion for reconsideration of their ATS claims. 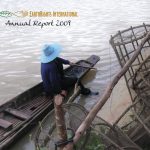