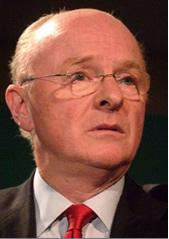 Quito, Ecuador - Chevron's suggestion this week that it might withdraw from a landmark $6 billion rainforest pollution trial in Ecuador on the eve of a final judgment represents a "desperate move" that could backfire against the oil giant, representatives for the plaintiffs said today.

Pablo Fajardo, lead lawyer for the 30,000 plaintiffs, rejected Chevron's latest attack on a court-appointed damages expert as "a desperate, last-ditch attempt to avoid a judgment in a trial it is clearly losing." Ricardo Reis Veiga, a Chevron vice president, said earlier this week in Quito that the company was considering ignoring the decision of the court.

"Chevron is engaging in a dirty war against the court because it is backed into a corner with very few options other than to try to undermine the trial," said Fajardo, referring both to the evidence in the case itself and a stinging defeat Chevron suffered last month when a U.S. federal court ruled the company had no right to force the Ecuadorian government into international arbitration over the environmental damages.

"After fourteen years of litigation in which Chevron has vigorously participated, any court will likely view this effort as a stunt to avoid paying up and that will make it easier for the rainforest residents to recover damages," said Alejandro Ponce, a member of the legal team.

"What Chevron thinks about the process will not determine the outcome. If we win and the company ignores the decision, we will immediately move to collect the judgment by any means necessary in whatever country the company has assets."

On Tuesday, Chevron took out full-page advertisements in several Ecuadorian newspapers to attack the credentials of Richard Cabrera, the court-appointed damages expert. Cabrera, 54, is a tenured professor at one of Ecuador´s leading technical schools, where he teaches petroleum engineering, environmental science, mining, and geology. Ponce called the ads part of a "smear campaign" to cast doubt on the expert`s work, set to begin today.

Cabrera also was accepted as a court-appointed expert by Chevron in three previous trial proceedings without protest. "This is the clearest proof possible that the company´s current concerns about Cabrera have no basis," said Ponce.

The trial originally was filed in New York federal court but at Chevron´s request was moved to Ecuador, where the proceedings began in 2003. After four years of site inspections and approximately 76,000 laboratory results from both sides, the presiding judge recently ordered that the damages be determined by a court-appointed expert in 120 days. Plaintiffs have long alleged that the contamination caused by Chevron is the worst oil-related disaster in the world, with damages running into the many billions of dollars.

In operating more than 350 well sites from 1967 to 1992, Chevron has admitted it dumped 18 billion gallons of toxic-laden waste water directly into the rainforest and abandoned more than 1,000 open-air toxic pits filled with carcinogenic sludge. Various experts estimate the total damage exceeds the Exxon Valdez disaster by 30 times.

Chevron blames its problems on Ecuador´s state oil company, which inherited Chevron´s operation in 1992. It also claims the dumping practices - all of which had been outlawed for decades in the U.S. - were acceptable in Ecuador´s rainforest, where six indigenous groups were living. One of those groups, the Tetete, is now extinct while three others are close to extinction.

Trial results submitted to the court thus far explain Chevron`s bleak prospects and subsequent attack on the court. All of the 47 Chevron sites inspected by the court show high levels of toxins in soil and water, including levels of life-threatening carcinogens such as benzene and chromium 6 at dozens of times the levels permitted by Ecuadorian norms and the EPA in the United States.

For example, at the well site Lago Agrio 2, technical experts found a sample of Total Petroleum Hydrocarbons at 325,000 parts per million, or 3,250 times higher than maximum levels permitted in the U.S. Chevron had previously certified to the Ecuadorian government that it had remediated the site. Additional Chevron sites show similar results, and Chevron´s scientists have been heavily criticized by scientists in several countries for failing to test for the most dangerous toxins out of fear of what they might find.

Outside of the Lago Agrio trial, legal problems for Chevron over its Ecuador operation are growing. Ecuador´s Attorney General recently sent a complaint to the U.S. Department of Justice that Chevron committed fraud in an earlier remediation in Ecuador , while the Securities and Exchange Commission is investigating the company for failing to disclose its potential Ecuador liability to shareholders.

Reis Veiga, the Chevron executive overseeing the trial, has himself been the subject of a criminal fraud investigation by Ecuador´s national prosecutor. Several civic groups recently wrote a letter to the prosecutor asking that charges be brought against him.

Lawyers for the plaintiffs also rejected Chevron´s claim that Cabrera had been paid by the group suing Chevron, explaining he also had been paid by Chevron itself for his work in three previous court-appointed inspections. In the inspections, the parties share the costs of payment for the experts according to court rules.

"It is unconscionable that Chevron would distort the truth in this manner," said Luis Yanza, the coordinator of the legal case for the Amazon Defense Front, a group representing 80 communities in the region. "Chevron knows Cabrera is qualified and independent, which is exactly why the company hates him."

Cabrera has formed a multi-disciplinary team to analyze the trial evidence, which currently runs to approximately 200,000 pages.

The damages assessment is expected to be turned over to the court this Fall, with a final decision to come several months later.